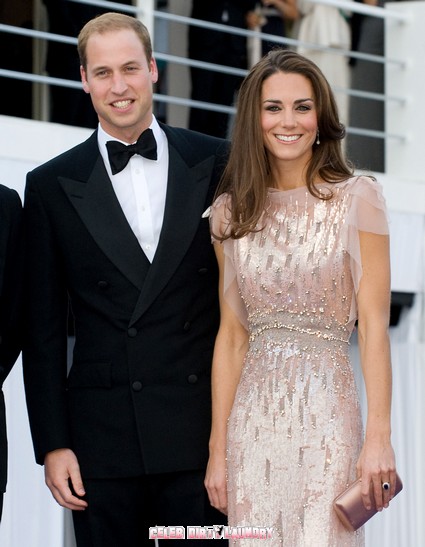 Talks are taking place to change the Royal line of succession to allow first-born female heirs.  Prince William, 28, and Kate Middleton, 29 just got married on April 29th, 2011 and are still in the honeymoon stage of their relationship but Royal watchers suspect Kate may be pregnant already.  They believe the urgency around succession reform is because if William and Kate’s first child is a girl it could provoke a constitutional crisis.  Keith Vaz, Chairman of the Commons home Affairs Select Committee said: “Kate and William have been married for over a month and the biological clock is ticking. We need change soon”

That certainly sounds urgent!   However, I find it hard to believe that she is pregnant already, gosh give a girl time to enjoy her honeymoon :-).   I would think they would give Kate time to adjust to Royal life before getting pregnant.   Also if she is in her first trimester I believe it is highly unlikely they would be planning to travel around the world.  They would probably stay in London.

That won’t stop the bookies, political leaders and royal watchers looking for a baby bump.  One thing you can count on we will know soon enough.

In regard to succession reform that might be dangerous territory for the Brits to get into.  If they review this what stops them reviewing the whole status of the Royal family? There are a lot of people who want the monarchy abolished!