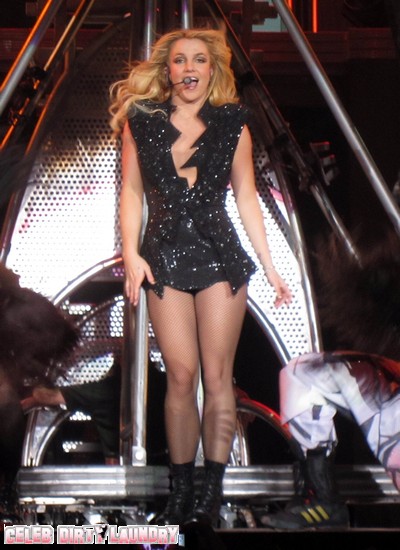 It looks sadly as though Britney Spears’ Femme Fatale show is aptly named as fan has been killed after an accident on a fairground ride following Britney’s show in Ireland.

A 31-year-old woman had attended Britney’s Femme Fatale show at Dublin’s O2 Arena but tragically died after falling from a fairground ride situated outside the venue.

According to the UK’s Sun newspaper, the ride had been set up directly outside the O2 for fans to enjoy following the high profile concert. However, at 11.20pm, the unnamed woman fell from the ride and was killed instantly. The area has now been sealed off by police and a forensic examination is expected to get underway.

The Health and Safety Authority have launched an inquiry in an attempt to discover why the woman wasn’t properly secured into the ride. It is understood that fans waiting to enter the venue before the concert were hit with heavy rain, which left public transport disrupted, however, it is not clear whether this affected the safety of the fairground rides.

Despite the tragedy, Britney is expected to perform in Belfast on Tuesday before arriving in London on Thursday’s. Despite the monumental success of the Femme Fatale shows in the U.S, tickets are still available for almost all the singer’s UK shows.

Some reports suggest the Birmingham concert on 30th October has sold only half of its capacity.