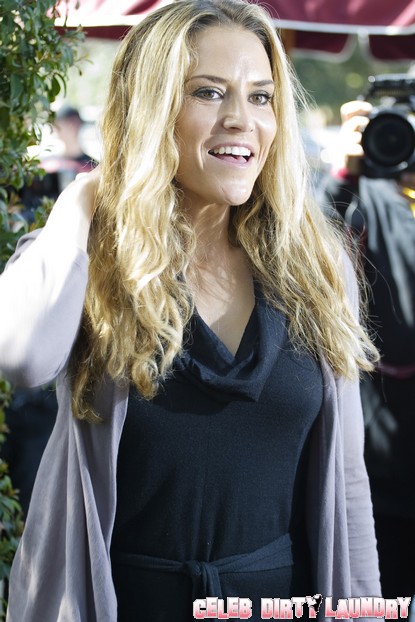 The more I hear about the drama surrounding Charlie Sheen’s ex-wife, Brooke Mueller, the more I think that she’s really back on drugs. Seriously.

This is a woman who was acting shady while talking to a guy in his car, with money in her hands. Then, she was spotted in Los Angeles recently with what appeared to be a makeshift crack pipe. As it turns out, it wasn’t for crack at all, it was for marijuana.

Tuesday, Brooke was involved in a bit of drama on a flight that was leaving out of LAX. She had a bit of an argument with a flight attendant, which resulted in her exiting the plane. She was set to leave L.A. for Cancun on a United Airlines flight when she was stopped from going to the bathroom by an attendant.

She reportedly went “ballistic” and demanded to leave the airplane. She was allowed to leave, but it wasn’t said as to whether or not she was forced.

Crackhead behavior??? What do you think?