Casey Anthony Back In Florida Receives Spiritual Advice And Therapy 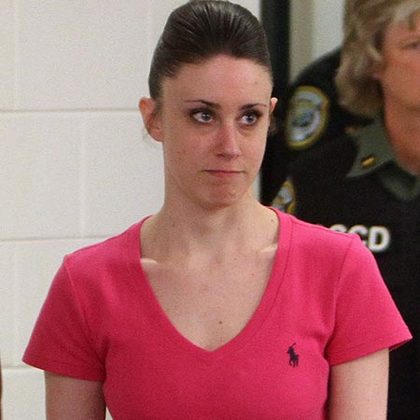 Casey Anthony is getting some TLC from spiritual advisers and therapists while the murder mom is back in Florida for possible probation issues and a court appearance, according to her lead attorney, Jose Baez.

Speaking to Fox News’ Geraldo Rivera Sunday night Baez said that Casey is back in Florida and ready to report to probation in Orange County, should her appeal be denied.

“She is back in Florida. We brought her back in the event the appellate court rules sometime this week. And we’re going to follow the law… and I’m certain she’ll do what’s asked of her, if necessary,” Baez said.

Anthony’s probabtion issue on check fraud is still unresolved and Baez said here legal team are in a “holding pattern type of situation because we don’t know what the appellate court will rule.”

Baez maintained again that the Department of Probation had ruled that Anthony completed the terms of probation, while she sat in jail awaiting trial on charges related to the death of her 2-year-old daughter Caylee.

Following an emergency hearing earlier this month, Judge Belvin Perry ruled that she had not completed the terms of her probation, finding that the judge in the check fraud case, Stan Strickland, had intended Anthony to serve the probation after her murder trial was resolved, and not while she was still in custody.

“Right now we have a separation of powers issue.. a double jeopardy issue. It’s just a mess right now, and we have to figure it all out,” said Baez.

The Fifth District Court of Appeal has given Perry until Monday to respond to the defense’s appeal.

Baez wouldn’t say if Anthony has been in a facility or a private home, citing concerns over her safety, but he did say: “She has been with close friends of ours that are somewhat of spiritual advisers and people who care and are trying to help her get on with their life.”

When Geraldo asked if by “spiritual advisers,” he meant “therapists,” Baez confirmed she’s met with “a combination of both.”
Baez refused to reveal the exact location of Anthony – no surprise there.

“We have her in a location that is very safe. She has people who care about her around her. She’s really just trying to get on with her life… and it’s proven to be extremely difficult.”

More: Documentary Film To Give Caylee Anthony A ‘Voice From The Grave’

“We all consider ourselves friends of hers. However, in my situation, I’m her attorney first and foremost. And there are other people associated in the defense who have grown to care about her, as it related to prior, no,” Baez said.

Since her legal team saved Casey from a murder conviction it makes sense that they want her well cared for – after all they need to take care of their investment.