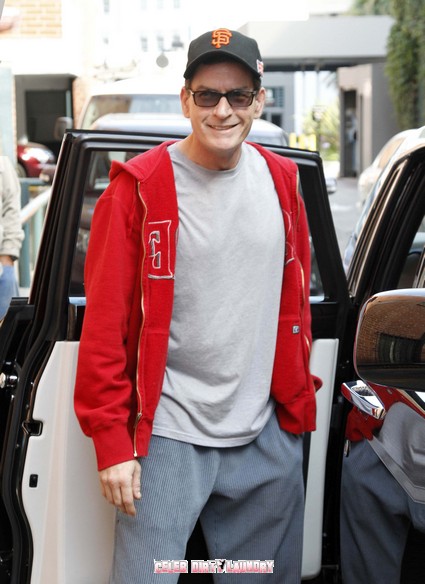 Charlie Sheen needs to work – he has big expenses with all his wives,ex-wives, kids, and goddesses – but as yet nobody is certain where the fired ‘Two and a Half Men’ star will wind up.

Charlie has responded to rumors that he is to appear on the British reality series ‘Celebrity Big Brother’ by categorically denying he will be a contestant on the revamped show. The Independent newspaper had suggested Charlie had landed a deal worth almost $10 million to take part in the series.

The story suggested the axed ‘Two and a Half men’ actor would fly to England in the near future to appear on the series, but his representative Larry Solters told E! News the rumours were “totally untrue.”

The actor’s involvement in ‘Big Brother’ would have seen him follow the likes Heidi Fleiss, Latoya Jackson and rapper Coolio who have been contestants in recent seasons.  Charlie’s appearance would have been a big deal since the show is stuck with a reputation for failing to attract A-list stars.

Charlie has reportedly signed up to star in a television adaptation of the Jack Nicholson movie ‘Anger Management’ with acclaimed producer Joe Roth.