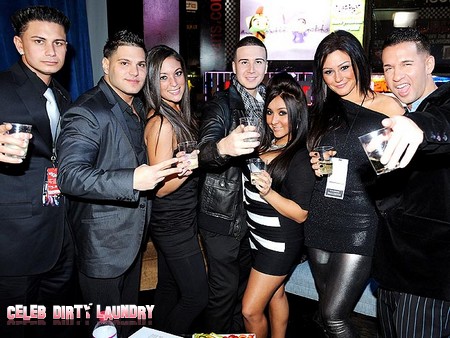 Real estate website zillow.com has just revealed the results of their fifth annual “Celebrity Neighbor Survey” and it looks like home owners have a general aversion to T-Shirt Time, crack addicts and fame whores—at least when it comes to their neighbors. Topping the list as “Least Desirable Neighbour” is the cast of MTV’s “The Jersey Shore,” who find themselves in the number one spot for the second year in a row.

The site, which studies all aspects of the housing market, asked over 1000 Americans which celebrities they would least and most like to live near. A press release on the site stated that 43% of those who were asked said that they would never want to live near any celebrities if they had the choice. As the release states, “We may want to watch, read and talk about celebrities, but when it comes to sharing a back fence, many Americans think it’s just too close for comfort.”

Coming in behind the Jersey Shore gang in the “Least Desirable” category is 2011 train wreck Charlie Sheen, followed by Lindsay Lohan and Kim Kardashian. Sadly, it seems that even Nancy Grace’s nip slip during “Dancing with The Stars” didn’t make anyone want to keep their blinds open for her as the obnoxious CNN Host came in fifth.

Topping the “Most Desirable Celebrity Neighbor” list is religious Denver Bronco’s quarterback Tim Tebow (who?), followed by the Jolie/Pitt family, and Jennifer Aniston and potential baby daddy Justin Theroux—hopefully not in the same block though! Awkward!

Oddly enough, those surveyed were on the fence about sharing a fence with certain celebrities as Nancy Grace and the Jolie/Pitt family found themselves on both lists.