Celebs At The 2011 Coachella Valley Music and Arts Festival – Photos 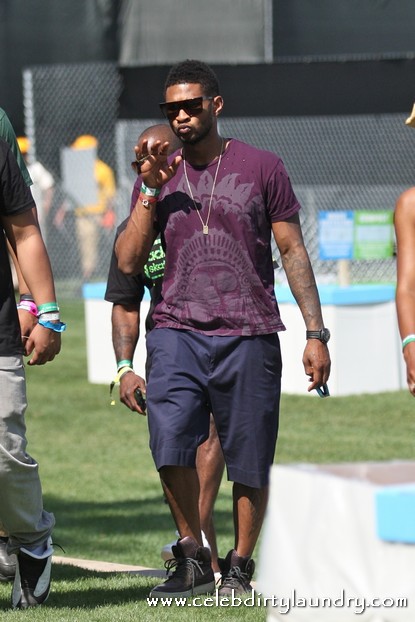 We have all the pictures for you of Celebrities at the 2011 Coachella Valley Music and Arts Festival – Day 1 Indio, California on April 15th, 2011.   USHER gave up-and-coming R&B star MIGUEL a big boost at the Coachella festival in California on Friday  by showing up to cheer the youngster on.   Miguel walked off the stage after performing tracks from his debut album All I Want Is You and into his superstar labelmate and friend’s arms.   Miguel opened for Usher on tour in 2010 and was thrilled to see the Yeah! singer there.   And Usher was in no rush to dash off – he spent much of the afternoon hanging around the festival site in Indio, meeting fans and posing for photographs.

If you don’t know what the Coachelle Valley Music and Arts Festival is a three-day (formerly a one or two-day) annual music and arts festival, organized by Goldenvoice (a subsidiary of AEG Live) and held at the Empire Polo Fields in Indio, California, in the Inland Empire’s Coachella Valley. The event features many genres of music including alternative rock, indie, and electronic music as well as large sculptural art. The event has several stages/tents set-up throughout the grounds, each playing live music continuously. The main stages are: Coachella Stage, Outdoor Theatre, Gobi Tent, Mojave Tent, and the Sahara Tent (2006 also saw the addition of a smaller Oasis Dome).