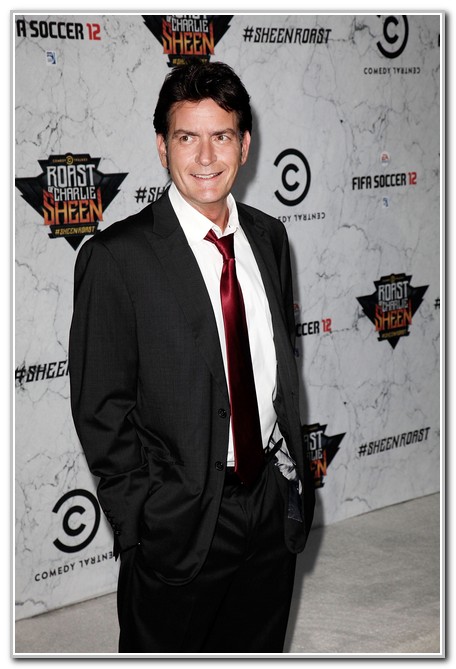 As we have seen Charlie Sheen can be brazen to the point of self-destruction but it appears he is capable of reflection and remorse. Speaking to Jay Leno on Thursday’s show Charlie was the model of reason, grace, and charm. Perhaps he feels the need for some respect and solidarity from his peers? After all it can’t be easy to be fired from the hit show ‘Two and a Half Men’ and accept the huge drop in income as well as see Ashton Kutcher step into ‘his’ role.

Charlie was candid with Jay saying: “I would have fired my ass too, well, maybe not like they did. It is what is is. It was bad and I own my part in that, and I just want to make everything right.”  Read that as ‘I want to get my career and good professional reputation back.’

Charlie’s big hope is that his new project ‘Anger Management’ will turn out well.  When Jay asked Charlie why he would have fired himself he said: “should have been a little more responsible about the condition I was showing up in.”

“I wouldn’t return my phone calls either,” Charlie quipped in reference to his being shunned by CBS.

Charlie was more than gracious when asked about Ashton Kutcher: “it’s hard to give advice to a guy that accomplished. I would just give him a hug and just say, ‘Make me proud, dude.'”

Speaking about his general behaviour during the period when ‘Two and a Half Men’ was suspended Charlie referred to himself as “a runaway train that I was the reluctant conductor of – and it just kept going. I said some things that were a little out there – I might have overshot the mark a little bit. But these were just metaphors. I didn’t really believe I had ‘Tiger Blood’ or ‘Adonis DNA.’   These were just jokes.”

It was nice to hear Charlie say that his relationship with Martin Sheen, his dad, is “totally repaired.”

As obnoxious and nasty as Charlie has shown he is capable of behaving, he remains likable displaying a certain genuine humility not usually seen in Hollywood stars.