Chaz Bono Cancels Engagement To Jennifer Elia Due To Her Drinking 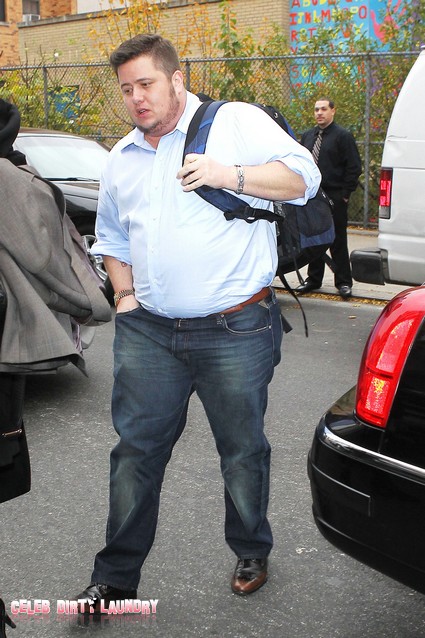 Chaz Bono claims that he is ‘doing fine’ since calling off his engagement to fiancee Jennifer Elia which he did largely due to her falling off the wagon. Celeb Dirty Laundry reported that Chaz had called it quits with Jennifer a few days ago and explained that a source had leaked to The National Enquirer that the couple’s biggest problem was Jennifer’s alcoholism: ‘The couple’s biggest problem was Jen’s booze relapse – When she drinks, Jen becomes a completely different person – Chaz just can’t handle her then.’

The 42-year-old Chaz was born a woman named Chastity and began gender reassignment surgery around three years ago. This couldn’t have been easy on the relationship nor could Chaz’s meteoric increase in popularity due to his successful run on DWTS.

Nevertheless Chaz explained although the pair have called time on their 12-year relationship, they remain on “good terms.”  Writing a message to fans on his twitter page, Chaz said: “Thanks for your concern about our separation. I’m doing fine, and we remain on good terms with nothing but respect and affection 4 each other.”

Chaz had become engaged to marry his long-time love Jennifer next year but admitted the couple had “put things on hold.”

He recently explained: “We’ve been engaged actually for two years and have kind of had to put things on hold a little bit.”

“I would say within a year, definitely. Not to make excuses, but we went through a lot. I transitioned. She went to grad school. Then, you know, we were making the film. And I wrote the book.  It was a lot. Now I feel like once this is over, we can sit down and plan a wedding.”

Well that was optimistic on Chaz’s part because according to an insider:

“Chaz is totally over the relationship and his parting shot to Jen made her realize there was no turning back. He told her, ‘I can do better than you.’ He wanted someone who could ride the wave of success with him but found Jen too much of a downer.”