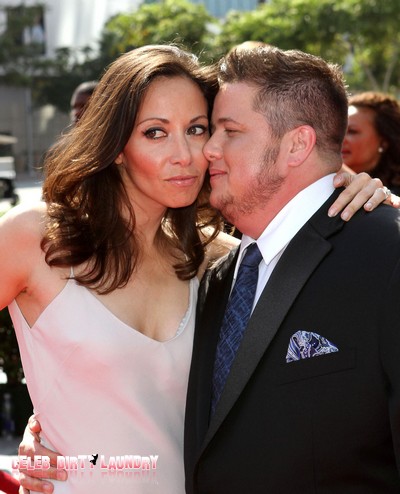 Looks like Chaz Bono is all about the money, just like his mother, Cher. Why else would he give the love of his life, fiancee Jennifer Elia, her engagement ring on camera for his upcoming TV show? In any case, I guess the guy has to make a living, and his new reality TV show ‘Being Chaz’ should certainly help.

So Chaz and the producers of his show decided to ‘surprise’ his longtime fiancee by presenting her with an engagement ring on recent birthday.  Chaz proposed to Jennifer Elia in 2009 but revealed during a TV interview in May, “We’ve been engaged for two years and we’ve had to put things on hold.”

Chaz has now cemented their engagement by presenting Elia with a diamond during a birthday trip to Seattle, Washington.

The moment was caught on camera for the upcoming TV show Being Chaz, with Elia gushing, “Wow, it’s gorgeous – thank you so much. It’s stunning. It’s huge. What he did was romantic. Who would have thought Seattle would be so special?”
Bono adds, “I wanted to pick a special place to give her her birthday present.”

The show will air on the Oprah Winfrey Network (Own) this Sunday.

Although ‘Being Chaz’ is now worse than others, these scripted reality shows just blow my mind – actually it isn’t the shows that blow my mind – it’s that people watch them. Get a life folks.