Clint Eastwood To Compete With Kim Kadashian On Reality TV 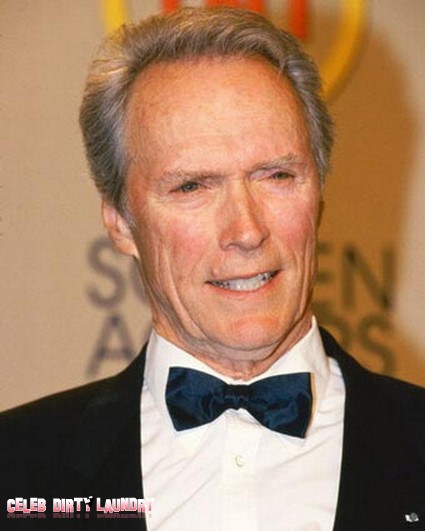 Clint Eastwood wants to show America and the world that not all celebs are disgusting degenerates like Kim Kardashian and her Klan. To this end the great actor and director is currently shooting a family reality show with his wife Dina Eastwood and two daughters Morgan and Francesca. Clint said to himself ‘enough of this Kim Kardashian and Klan ruining the reputation of celebs everywhere with her depraved lifestyle – it’s time for me and my gang to show that values other than more sex, more money, and more cosmetic surgery can exist in a Hollywood home.’ Of course it remains to be seen if Clint’s family can draw viewers as well as the sleazy Kardashians.

TMZ broke the news:  Clint Eastwood is going the way of the Kardashians … TMZ has learned his wife and two of his daughters are currently shooting a family reality show intended to air on the E! network.

Sources connected to the production tell TMZ … the show will explore what it’s like to live in a family of “Hollywood royalty.” It will focus on the relationship between Clint’s wife Dina Eastwood, their daughter Morgan and Clint’s 18-year-old daughter Francesca … an aspiring actress.

We’re told 81-year-old Clint has agreed to make a couple of cameos — but will not be a main character on the show.  The show is being produced by reality powerhouse Bunim/Murray — the same people who produce all of the Kardashian reality shows … along with “The Real World” and “Bad Girls Club.  Sources tell us producers are hoping to get the show on the air in the next few months.

Hopefully the Eastwood gang’s skeletons, if any, will remain in the closet.