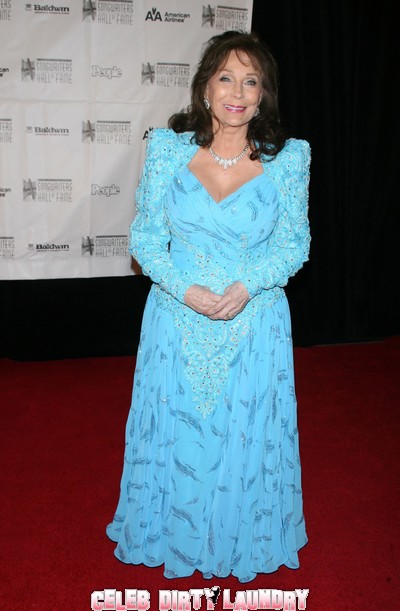 Country music legend Loretta Lynn is in the hospital with pneumonia and was forced to cancel a concert scheduled for tonight in Kentucky.  The website for the Paramount Arts Center posted a message this afternoon, saying the concert needed to be reschedule “in the near future.”

Born in Kentucky in 1935 to a coal miner father, Lynn married at 13 years old, was a mother soon after, and moved to Washington with her husband, Oliver Lynn. When she was 24 years old, Lynn’s husband bought her a guitar and history was in the making. She taught herself to play and cut her first record the next year. She became a part of the country music scene in Nashville in the 1960s, and in 1967 charted her first of 16 number 1 hits.

She focused on blue collar women’s issues with themes of philandering husbands and persistent mistresses, and pushed boundaries in the conservative genre of country music by singing about birth control (“The Pill”), repeated childbirth (“One’s On The Way”), double standards for men and women (“Rated ‘X'”), and being widowed by the draft during the Vietnam War (“Dear Uncle Sam”). Country music radio stations often refused to play her songs. Nonetheless, she became known as “The First Lady of Country Music” and continues to be one of the most successful vocalists of all time.

We wish her a speedy recovery.