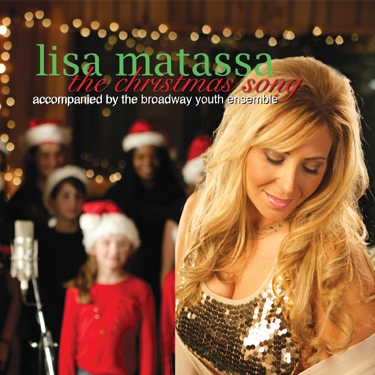 Country Music Star Lisa Matassa released her version of her favorite Christmas standard “The Christmas Song” also known as “Chestnuts Roasting on an Open Fire”,   made famous by the legendary Nat King Cole.

The song is backed by the famed Broadway Youth Ensemble, who combined with Lisa,  creates a powerful version of this timeless classic.

Formed in 2005, the Broadway Youth Ensemble is a New York City   based select group of professional and aspiring child performers. The Ensemble is directed by Joseph Baker and Amelia Demayo.

The  Broadway Youth Ensemble has been seen and heard in an impressive list of   Broadway shows, national tours, film and television, including “The Lion King”, “White Christmas”, “West Side Story”, “Sesame Street”, and” Elf”.

Since Matassa loves Christmas music, this opportunity to perform   one of her all time favorite songs “The Christmas Song” with the Broadway Youth Ensemble was a dream come true.

“I love the holidays, and so to sing with   the children of the Broadway Youth Ensemble was an amazing opportunity for   me,” says Lisa. “I felt like a kid again singing my favorite holiday song alongside these incredibly talented kids.”