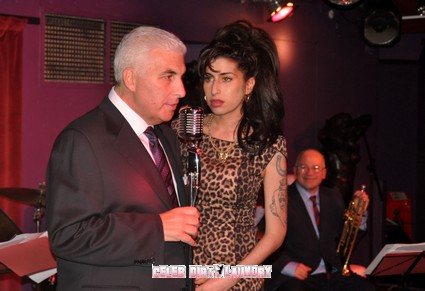 All evidence is that Amy Winehouse still loved Blake Fielder-Civil although the couple had divorced.  Nevertheless her father, Mitch, has warned Blake to stay away from Amy’s funeral today.

Amy Winehouse’s close family and friends will attend the singer’s private funeral at a north London cemetery at around 3pm local time today. Fielder-Civil had already been denied compassionate leave from Armley prison in Leeds, where he is serving 32 months for burglary and a firearm offence.

Nevertheless, a source close to the Winehouse family claimed, “Mitch thinks it would be a complete insult for him to be there and if he really loved Amy, he wouldn’t cause any more heartache by showing up. He will always believe Blake is responsible for getting his daughter hooked on Class A drugs which marked the beginning of her self-destruction.”

The couple’s tumultuous relationship was well documented, but they split in 2009 after a string of violent arguments. It has been reported that following her disastrous gig in Serbia last month, Amy bombarded Blake with phone calls and letters – a source added, “In one of their final conversations he told her she was jeopardizing his recovery and her own – a conversation which is now racking him with guilt.”

Its understandable that Amy’s dad wants to place blame for her demise and Blake is a convenient target. He is heartbroken – and grief and rage can be close bedfellows. However Blake did not kill Amy – she was wounded and prone to substance abuse well before she ever knew him. If Amy was healthy and well-balanced she would never have gone for a man like Blake in the first place.