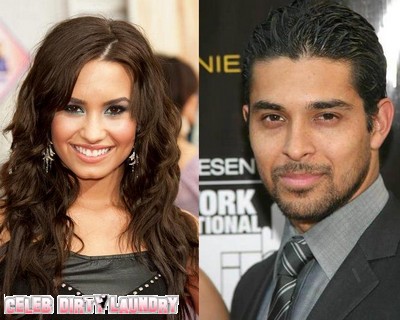 Demi Lovato, who seems to have come out of rehab significantly better off than she went in, has rekindled her romance with ex-boyfriend Wilmer Valderrama.

The 19-year-old Lovato split from the 31-year-old Wilmer in June, but on Saturday night the pair were spotted kissing at ‘Family Guy’ creator Seth MacFarlane’s house party at his Los Angeles home.

An eyewitness at the bash told Life & Style magazine: “They showed up together and made no effort to hide that they’re back together. They were stealing kisses throughout the night, holding hands and just seemed to enjoy being together.”

The pair even indulged in some “dirty dancing” at the party and were virtually inseparable all night.

The eyewitness added: “Demi couldn’t seem happier about it! They were dirty dancing to the music, and when they were seated, Wilmer had his hands on Demi’s knee the entire time. He was being very boyfriend-like and affectionate.”

Demi and ‘That 70s Show’ star Wilmer allegedly decided to split in the summer because the age gap was causing problems in their relationship as they were in “completely different places in their lives”.

The ‘Skyscraper’ singer has endured a difficult past year and she entered rehab in November 2010 for 12 weeks to receive treatment for an eating disorder and self-harming issues and while at the facility Demi was diagnosed with bipolar disorder.