Debra Messing Already Has A New Boyfriend, After Announcing Her Separation 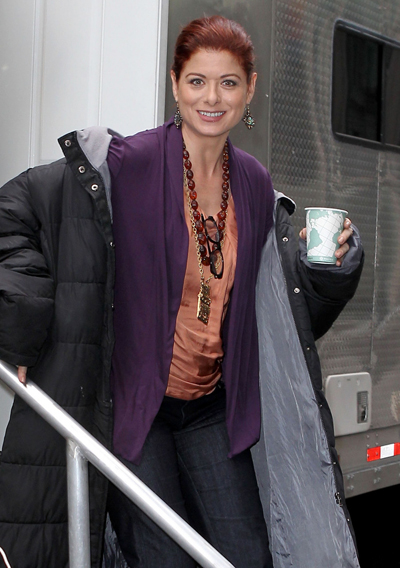 A mere week after it was announced that the 43-year-old former Will and Grace actress had separated from Daniel Zelman, her husband of ten years, the latest report about Debra already places her in a new relationship.

According to People Magazine, “sparks have been flying” between Debra and 41-year-old Will Chase, who co-stars alongside her on the new TV show Smash. Reportedly, the two have been dating for the past six weeks.

The only hitch? Both Debra and Will are both still technically married, although Debra is said to have separated from her husband a few months ago, while Will just recently split from his wife, Broadway actress Stephanie Gibson.

And while it’s not clear if their relationship was the cause of the dissolvement of each of their marriages, we certainly wouldn’t be surprised if that ended up being the case.