Drunk Matt Hardy Thrown Out Of Rehab And Arrested 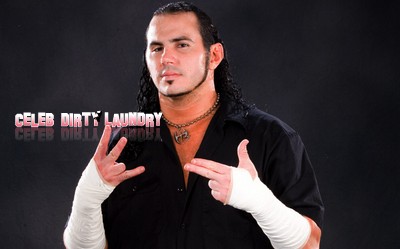 Matt Hardy was thrown out of court-ordered rehab for being drunk and failing a breathalyzer test Friday. Then the former WWE star got on a plane and flew straight to Moore County, North Carolina – a place that his court order forbids him from entering. Hardy was arrested as soon as he got off the plane and was booked for violation of the court order.

The staff at the rehab got suspicious of Hardy’s behavior on Friday and gave him an immediate breathalyzer test – which he failed. According to TMZ, Hardy was adamant he wasn’t drinking and said he only failed because he had “just used mouthwash.”

The staff wasn’t buying that story and gave Hardy the boot – sadly Hardy still had about a month to go before he was through with rehab. I guess it’s fair to say that rehab wasn’t working for him… .

On September 12, 2011, Hardy was arrested on yet another DWI charge, with a court date set for November 30. Hardy was arrested for the third time in a month on September 14, when his girlfriend Reby Sky called 911, claiming that he was “strung out on pills and needed help.” Police found 20 vials of anabolic steroids, one dose of ecstasy, drug paraphernalia and $1,900 in cash after conducting a search of his home. Hardy was arrested on charges of possession with intent to sell or deliver a controlled substance, possession of a controlled substance, maintaining a drug dwelling and possession of drug paraphernalia.

On September 19, Hardy announced that he was going to check himself into a WWE sponsored rehabilitation center for the next three months. It was later reported that entering rehab was one of the conditions for Hardy’s release from custody on his latest arrest.

Looks like Hardy is pretty typical of professional fighters – whether boxers, wrestlers, or MMA goons. These dudes do not choose to go into a profession that relies on beating people up for a living because they are normal or nice.