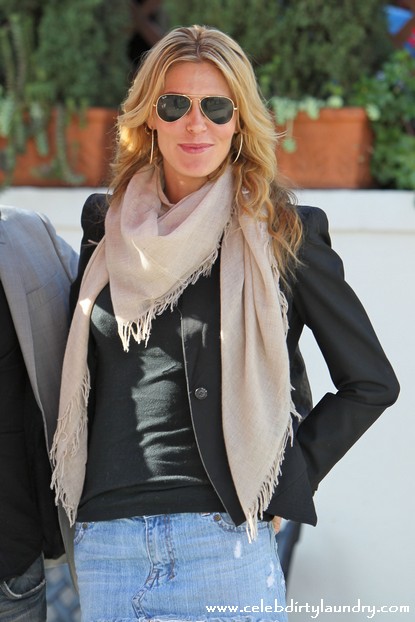 There’s nothing like getting back at your ex for cheating and busting up your marriage than joining a reality show. And that’s just what Brandi Glanville, Eddie Cibrian’s ex and mother of his two children, is doing.

Brandi has joined the cast of Desperate Housewives of Beverly Hills for next season, and to no surprise, Eddie isn’t too pleased. The actor, who wed LeAnn Rimes last month and with whom he had an affair with during his marriage to Brandi, is demanding his children have no involvement with the show. He’s even threatening legal action, which could no doubt get messy.

Brandi, for her part, thinks it’s quite the double standard after seeing the newlyweds in a People spread with her children.

If you ask me, seeing kids in a magazine is one thing, but having their lives showcased on camera for a reality show is a whole other ball game. This is something that they have to grow up with and watch. Shame on you Brandi, as a mother you should think twice about your actions. Yet again, Eddie did cheat on her…. either way, it looks like chances of the two ex’s raising their kids amicably are very, very slim.