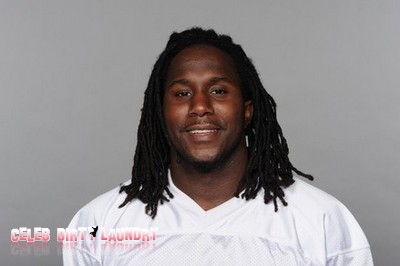 Green Bay Packers star linebacker Erik Walden was arrested early Friday morning for alleged domestic assault on his girlfriend. The 6’2″ 250 pound athlete was arrested on suspicion of felony substantial battery with a domestic violence enhancer, according to an in-take officer at the jail. Because of the Thanksgiving holiday, the courts were closed Friday and Walden won’t be able to go in front of a judge for an initial appearance until after 2:30 p.m. Monday.

The couple share an apartment in Lawrence, Wisconsin. The girlfriend called the cops to report the attack at 6:10 am, Hobart-Lawrence Police Chief Randy Bani said.

The girlfriend went to the local hospital immediately following the incident where she received treatment for a cut, a bump on her head and an injured hand before she notified the police. Hobart-Lawrence police were then called after she got medical treatment. Bani says the incident happened at an apartment building in the 1900 block of Schuering Road in Lawrence around 2:30 a.m. Friday morning.

In a statement, the Packers said they were aware of the situation and were “in the process of gathering more information and will refrain from making any further comment.”

Walden was signed off the street by the Packers on October 31, 2010. Walden had his best game for the Packers on January 2, 2011 starting against the Chicago Bears. Walden led the team with 3 sacks and 16 tackles and was named NFC Defensive Player of the week. This week Walden’s behavior was a little more offensive.