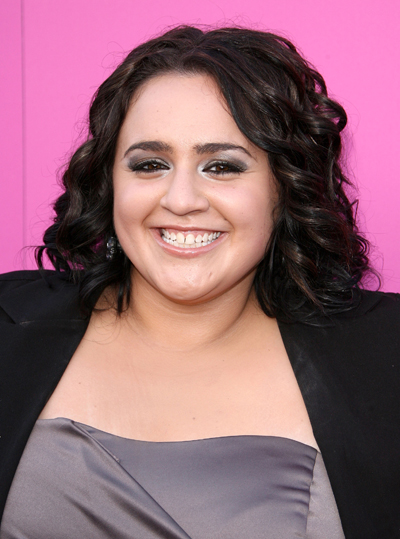 In 2007, Nikki Blonsky was on top of the world when she was plucked out of obscurity to playing the leading role in the film adaptation of Hairspray, for which she was nominated for a Golden Globe. Fast forward to 2011 and the 23-year-old actress has found herself a cash-stapped, one-movie wonder, working part-time at a Long Island hair salon (ironically named the “Superstar Salon”) to make ends meet. However, she says she is not ashamed about it!

“Its true I’m working @Superstar Salon as a makeup artist & more I’m proud to be workin & helpin pay bills BUT I’ll NEVER loose sight of my dreams,” she recently Tweeted.

Earlier this year, it was rumored that Nikki might have turned to more pedestrian pursuits following the cancellation of her 2010 TV show, Huge, when she was spotted working at a shoe store.

Still, all of this attention on her career might mean that her Tweet about wanting to play Eponine in the upcoming Les Miserables film might be seen by the right person.

“Sometimes when u want somethin u gotta go after it put it out into the universe see if it comes back to u!“