Hargitay and Meloni Have Officially Been Replaced! 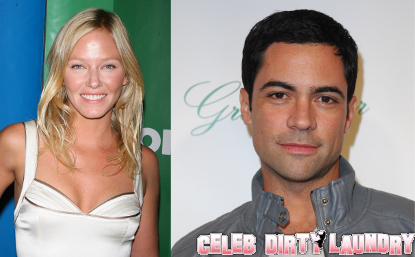 It will be a sad day when Law & Order: SVU actors Mariska Hargitay and Christopher Meloni film their last show together. With Christopher leaving the show for good, and Hargitay taking a reduced role on the series, it will be interesting to see how the show holds up with its new cast members, Danny Pino and Kelli Giddish.

Robert Greenblatt, NBC Entertainment Chairman, had this to say about the new actors:

“Kelli and Danny are two great actors who will join a proven cast headed by Mariska Hargitay as this exceptional series heads into a very promising 13th season.”

“I’m very pleased that we have two amazing actors joining the cast. I know this combination will give us the opportunity to explore the world of SVU with new eyes.”

I dunno’, I’m not sure about this. With these two amazing actors leaving the show, I feel like SVU is going to stay on the air for about as long as it takes LiLo to down a glass of her favorite “tea.” SVU with less Mariska and absolutely no Meloni? It just feels wrong to me. Like eating a hamburger without a bun, or a chocolate cupcake without the fudge frosting and sprinkles.

What do you think? Are you excited for the new cast members? Do you care at all about my Mariska or Meloni?