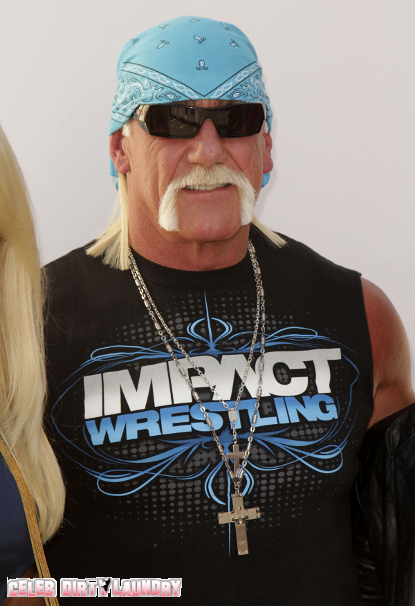 In a no-holds-barred match up, Hulk Hogan and ex-wife Linda are back in spotlight, battling it out over accusations made about Hulk’s love life, in Linda’s tell all book, Wrestling the Hulk – My Life Against the Ropes.

Following Linda’s latest allegations that Hulk and his former wrestling bestie, Brutus the Barber Beefcake were engaged in a romantic relationship outside of the ring,  Terry Bollea (Hulk) has reportedly filed an 18 page defamation lawsuit against Linda claiming those and the accusations of physical abuse during their 24 year marriage are false.

Hulk told US Weekly, “If any of that was true, I would admit it, and (if) I was a homosexual I would embrace it.”

In a legal tag-team, Linda may indeed be up against the ropes facing a similar law suit from Mr. Beefcake. According to TMZ, the 54 year-old former wrestler (who’s real name is Ed Leslie) has already instructed his lawyer to draft a lawsuit which he plans to file in response to the accusations that he and Hulk were more than just friends.

This isn’t the first time that things have gotten ugly for the pair since their split in 2009.  Linda has previously publicly accused Hulk of hiding millions of dollars in assets and stalking her. Hulk had fired back with reports that Linda was using alimony money for drugs.  Linda has reportedly received more than 70 percent of the couple’s assets in their divorce settlement.