Jennie Garth – From 90210 To The Middle Of Nowhere 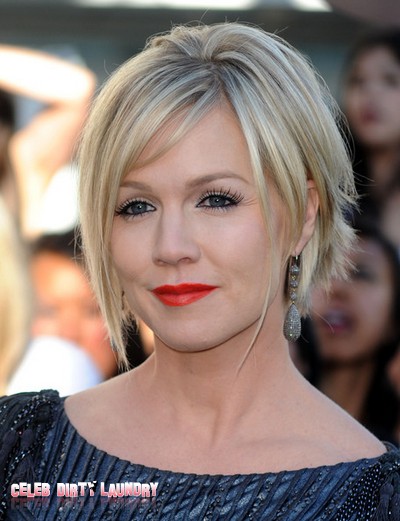 Jennie Garth is packing up the family and taking the cameras along for the ride. She’ll star in a new reality TV show for CMT called I Love Jennie. The half hour eight part series will hit our screens in April.

I Love Jennie will follow the former 90210 star, hubby Peter Facinelli and their three daughters as they trade city life for a seven acre farm in central California. It sounds like Tori and Dean meets The Simple Life. Hey, if reality TV is good enough for friend and former co star Tori Spelling – it’s good enough for Jen!

It’ll be great to see Kelly Taylor cleaning out the stables and milking the cows. Although moving to the country won’t be a huge stretch for the 39 year old because she grew up on a horse ranch. She’s also used to those early starts after three decades in showbiz. But her eldest daughter might not be so keen… there’s not much for a 14 year old ‘down on the farm.’

Whether Jennie’s foray into reality TV is as successful as Tori’s remains to be seen. The actress will also have some stiff competition from Dirty Harry no less. As we reported earlier The Eastwoods hit the small screen next year. Clint’s wife Dina and his daughters Francesca and Morgan will feature in a series for E!. The legendary actor will also bump up the star power when he makes the odd appearance as well.