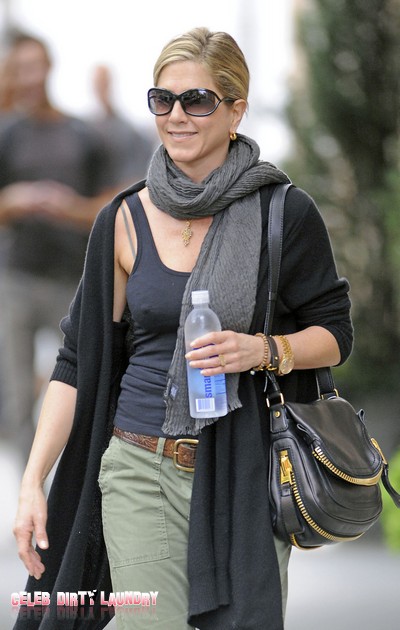 Jennifer Aniston has finally admitted using Botox to battle the signs of aging – made worse by her addiction to cigarette smoking.

The 42-year-old pretended that she doesn’t regularly use the wrinkle-smoothing treatments, but acknowledged she has had the procedure in the past, though she thought it looked “ridiculous.”

Jennifer said: “People think that I do a lot of [Botox] injections, but I don’t. I’m not saying that I haven’t tried it but I see how it’s a slippery slope.  All that cosmetic stuff looks ridiculous on me.”  Well then Jennifer- you must look very ridiculous.

The ‘Friends With Benefits’ star also admitted she has started taking extra precautions when out in the sun after noticing the way her appearance is changing with age.

She told the new issue of America’s InStyle magazine: “I’ve started getting those little sun spots. Things are beginning to pop out. Even the texture of my skin is changing. So I’ve recently started zapping the spots and getting spray tans whenever I can. And I’ve graduated to using SPF 60 sunblock when I’m on the beach.”

Despite recently being named the hottest woman of all time, Jennifer – who is dating actor Justin Theroux – admits she hasn’t always been confident about her appearance.

She said: “I was a dumpy teenager. My mom was a model and was all about looks, so I rebelled by going goth. It took me years of peeling back the onion to finally stop using makeup as a mask and feel comfortable in my skin.”

Jennifer Aniston uses Botox – she admits it. In Hollywood there is no plus side to aging for an actress, unless of course it’s picking up one’s very own Toyboy.