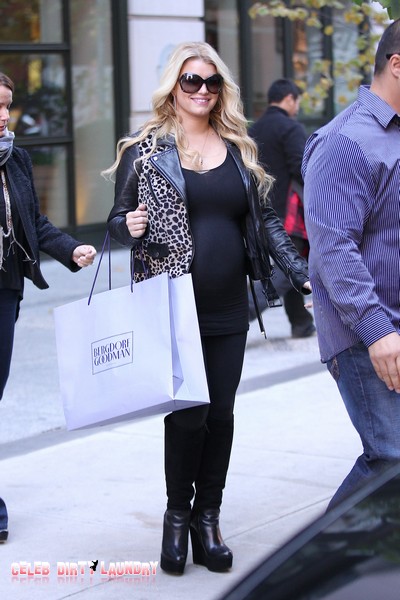 Jessica Simpson has a $4 million deal with Weight Watchers that will kick in after she gives birth – the campaign will cover her progress as she attempts to lose the extra weight and fat she is gaining during her pregnancy.

Jessica is currently expecting her first child with fiance Eric Johnson but before she fell pregnant, she had been in talks with the dieting firm to become its new face after gaining quite a few pounds.

But Jessica, 31, will now highlight her weight loss by following Weight Watchers’ healthy eating plan when she gives birth early next year.

A source told Us Weekly magazine: “She had been set to sign with them, but then she got pregnant. So this was the perfect compromise.  Under the contract, Jessica would reportedly have one year to use the point-counting system to “lose a significant amount of weight.”

Jessica – who had a star-studded baby shower at her Hollywood home over the weekend – recently revealed she was “bigger than ever” but was loving showing off her new figure.

She said: “I like wearing things more fitted. You want to show off your bump! It’s just so fun. You don’t want to wear muumuus so you can moo around town. I’m definitely bigger than I’ve ever been [but I’ve] never felt so connected with my body in my life.”