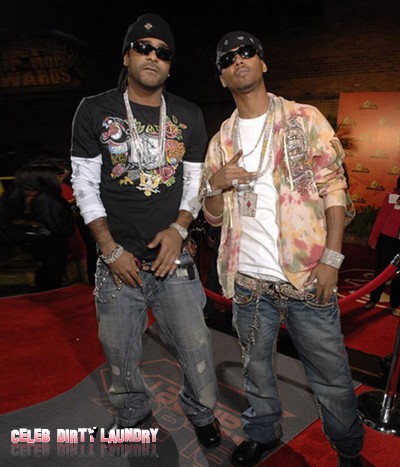 Jim Jones fiancee, Chrissy Lambkin, and Juelz Santana’s baby mama, Kimbella Vanderhee, had a brutal fight on the season premiere of VH1’s Love & Hip-Hop reality series. Of course this is just the type of display that VH1 and its sister channel MTV thrive upon, appealing to the lowest common denominator – sex and violence. Well now Jones and Santana have made up and are friends again despite their women attempting to kill each other – see the video.

The fight seen in the video took place during a party hosted by Emily Bustamente, as she celebrated the end of her nine-year relationship with Fabolous. Kimbella announced that she dated Fabolous while Emily B was pregnant with his son. Although Emily remained calm after hearing the news, Chrissy quickly lost her cool and attacked Kimbella.

Looking back on the incident, Kimbella told MTV News that she didn’t anticipate such a heated reaction from Chrissy and maintained that she made the right decision by revealing the news when she did. “I didn’t come at [Emily B] maliciously. I had good intentions and I wasn’t there to hurt anyone or take anything from anyone,” Kimbella said.

“I could’ve taken her aside to tell her that privately, but I felt like in the moment, Emily was so proud that she was leaving [Fab], and I was just in that moment with her.

“Everyone just shifted out of the room and I felt like it was just me and her, so I felt the need to tell her,” Kimbella continued. “I stand my ground with that, I felt like I needed to tell her then and there, and I did that and I hold my own with that.”

Chrissy expressed remorse to MTV News for assaulting Kimbella but she, too, maintained that she was caught up in the heat of the moment. “I think everybody that watches the show feels like Emily doesn’t defend herself the way we would like to see her do,” she explained. “I don’t regret my feelings, but I regret the way I allowed myself to be pulled out of character. It’s just that I was so hurt and so caught in the moment — it was just reactional.”

Here is some advice I can give to everyone on Love & Hip-Hop after watching the video of the fight: Do Not Piss Off Chrissy Lambkin!