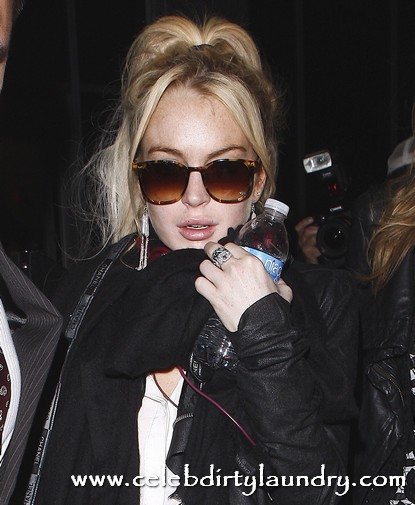 It seems that the long reach of the mob extends right into the casting choices of movies as Victoria Gotti has insisted that Lindsay Lohan get the role of playing her in the new production about her father, John Gotti.

Lindsay Lohan beat out Blake Lively and Sienna Miller for her new role as Victoria Gotti and Victoria herself made sure that happened.  Sources close to the production say that producers were considering both Blake and Sienna for the role, but John Gotti’s  daughter wasn’t having it, insisting Lindsay get the role instead and producers loved the idea.

Not all that surprising since according to sources, Victoria is a good friend of the Lohan family and she often spends time with them on Long Island.

Meanwhile, Lindsay is currently in L.A. auditioning for “Superman” but she already has a plane ticket back to NYC for April 12th to close the Gotti deal.

Its not what you know, its who you know – at least in Hollywood.