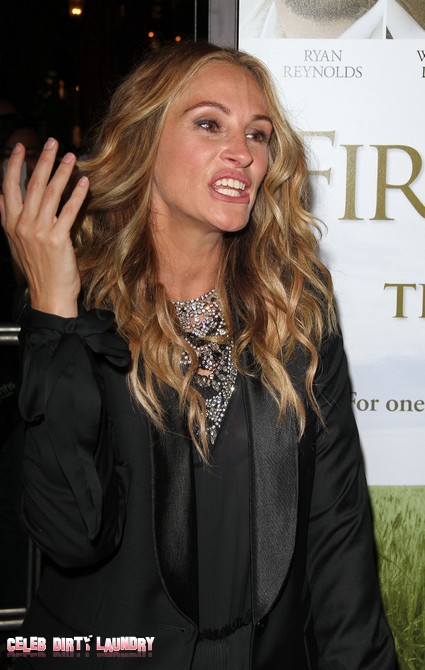 Julia Roberts is getting ready to kick some ass if anyone hurts her favorite singer, Adele. Julia is not generally considered a major physical threat but she has issued a strong warning to any man wishing to date Adele. This threat might carry more weight if Julia were bringing along Steven Seagal, Chuck Norris, or maybe ‘The Rock,’ Dwayne Johnson. I guess she has money so she could always hire some muscle.

Julia is a huge fan of the ‘Someone Like You’ singer and has threatened to harm her next boyfriend if her treats her badly.

She told Entertainment Weekly: “Anybody that’s going to date her is a brave, brave man. You’re going to get a whole lot of love, but you’d better treat her right, or we’re all coming after you.”

Julia says the reason Adele, 23, has become a worldwide star is because people can relate to her and the pain and heartache she’s going through.

She said: “Adele’s music is so personal that you get invested in her life. When Adele had her health scare, I had random people saying to me, ‘Oh my God, did you hear about Adele?'”

“We feel like Adele’s in our book club or she lives near us – that’s a gift, to make people feel that way.”