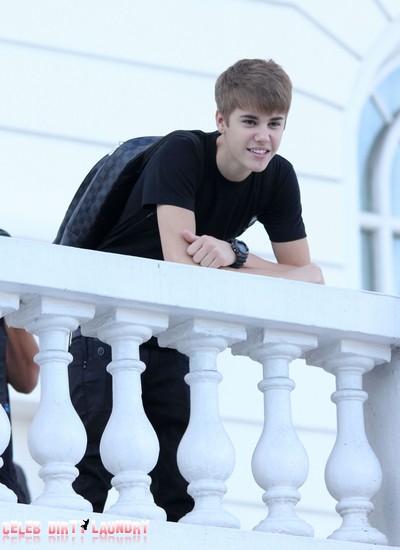 Justin Bieber wants to be like David Beckham and change his appearance often – he is also concerned with be able to afford his own home. What is wrong with the lad?

Justin cut off his longer locks earlier this year – says he is inspired by the British soccer ace and wants to make sure he keeps changing his appearance so he won’t get stereotyped with any one particular appearance. Too late Justin.

Justin said: “I’m just trying to be like Beckham. Beckham changes his hair all the time. People didn’t even notice when he switched his hair up because he switched it up so much.”

Justin is one of the biggest stars in the world right now and makes millions of dollars each month. Yet he says he has little time to chill out at his own pad because he continues to rent a house, and despite his love of cars he wants to make sure he has a home first. He admitted to 2Day FM’s ‘Kyle and Jackie O Show’: “I have a Range Rover. I haven’t gone out and bought a bunch of cars yet. I am into cars, but I want to get a house before I get cars.”

“I don’t really have a home. I’m renting, but I don’t have a place I call home yet.”

What the heck? Justin could buy an entire block of homes and a fleet of cars without even dipping into his serious money. And IF that isn’t the case then boy wonder needs to change accountants… and fast.