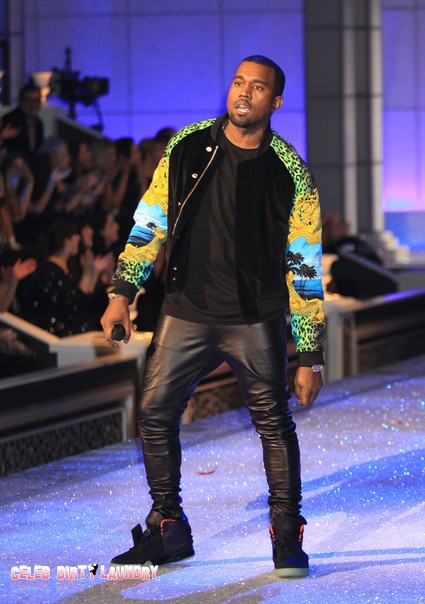 We all clearly know that Kanye West has quite the ego but he’s finally even outdone himself by incredibly surpassing his own ego. You just can’t believe who he wants at his funeral and the words he actually believes his mourners would actually say.

“I was just thinking about my funeral and stuff a couple days ago and thinking who would be at the funeral, I wanna have world leaders that were, like, affected, that said, you know, ‘Kanye gave me my shot here.’ or ‘he pushed me,’ or ‘he told me to believe in myself,’ or ‘when I saw this, it made me feel like that.’ I wanna affect people like that when I, like, pass away. I’m on a pursuit of awesomeness, excellence is the bare minimum”, reports VOYR.

I just can’t believe that Kanye would think his music would have been an encouragement to become a world leader. It just doesn’t make sense; Kanye just keeps making himself come off stupider all the time. It’s a little out of hand how he’s thinking so high of himself, when he’s really full of it. Kanye hasn’t been a big asset to Hip-Hop, he hasn’t changed it or made anything that’s even amazed anyone. I believe he’s a rapper who’s only slightly above average, and that’s it.

Watch, next time Kanye starts thinking about his “funeral” he’s going to tell us how Jesus, the ghost of Gandhi, the Easter bunny, Santa Clause, and the Tooth Fairy are going to be there. I just can’t understand what must being going through Kanye’s head for him to actually say such ridiculous things. If there’s one thing he’ll be remembered for when he passes, it won’t be his music but his one of a kind ego.