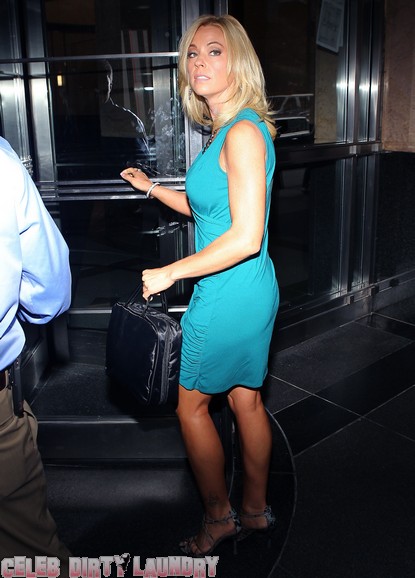 Kate Gosselin might have to settle for a “mediocre” job now that no network wants to hire her. Pity, isn’t it?

An insider said, “She has approached many different networks, including pitching a travel show idea to her old network, TLC, but so far no one has said yes. She assumed that given her fame, producers and networks would be knocking her over with job offers and is, to say the least, very surprised that she hasn’t received a single one.”

Perhaps the reasoning behind that is the fact that people only tuned into her show to see her children and not her?

Another source said, “Like many reality stars Kate is in a very difficult position. Who wants to go back to a real day job after being paid to work three or four months a year. Everyone I have ever met on a reality show thinks it will never end. They quit their day jobs and assume they will become rich and famous. They do become infamous — with the exception of Bethenny Frankel — they never become rich. Plus, who is going to hire them for a real job after they made a fool out of themselves on TV?”

McDonald’s, that’s who. I hear they’re hiring, Kate, you should probably jump on that. Or is that beneath you?