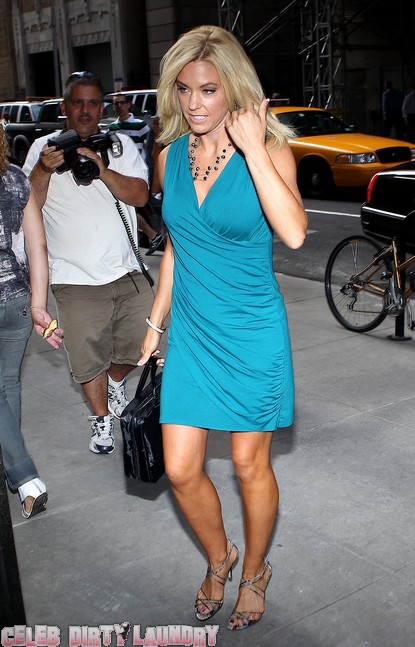 Now that Kate Plus 8 has been canceled, with it’s series finale airing tonight, Kate Gosselin has revealed that she’s not ready to hang up her hat as a reality television star.

Kate talked to Matt Lauer on Today earlier and told him that she’s not done with television just yet. When speaking about the end of her show, she said, “It was not a surprise…obviously ratings and everything else. So I braced myself and here we are.”

On whether or not she will be getting back to a normal life, as her ex-husband, Jon, calls it, she said, “There is some relief, but there is sadness because it’s the end of an era.” She went on to reveal, “I feel sad for my kids because of all of the opportunities that they’re now questioning what’s going to happen. I feel sad for fans because they’re devastated. They’re saying you know ‘you’re the neighbor moving far away and we won’t get to see you again.'”

She said, “There’s also fear because this has been maybe not my career, it has been the start, essentially of my career and my job and the way I’ve been providing for my kids for six years so it is a little scary.”

When talking about Jon’s comments, she said, “It’s a situation where Jon may be accepting of mediocre for his kids and working a regular job and I want the best for my kids and the best opportunities, not unlike every parent. I think that to be a good parent is to work has as you can and give them the best opportunities in life. This has provided that.”

Is she keeping the door open for more reality television? She said, “I think at this point the best opportunity for all of us would be me continuing in TV as a way to provide for my kids. If the right thing came along, I’m sure we are all in agreeance on it. I’m sure you will see my kids again at some point.”

Perhaps she should be looking for regular work like any other normal person? Also, she should pick up a dictionary and she just might find that “agreeance” is not a freaking word. Idiot. She acts like she’s hurting now because she no longer has a show. Seriously. This woman lives on a 24-acre property in Pennsylvania. How many people do you know have houses that big?