Kate Middleton Duchess of Cambridge Proves She Is A Natural 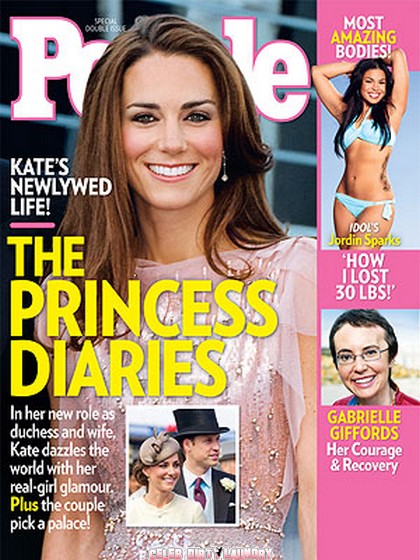 Prince William‘s new wife Kate Middleton, 29, the Duchess of Cambridge is featured on this week’s People Magazine.  After the dowdiness of Camilla Parker Bowles, Kate (Catherine) brings to mind Prince William’s late mother Princess Diana with her fashion sense.  She has only been a Royal for about six weeks and she already looks like a natural!

But apparently Kate is getting advice from people to help her through the stressfulness of meeting with dignitaries.  According to the magazine her counselors are stepmother-in-law Camilla, Duchess of Cornwall, who has offered guidance on life as a royal wife; Helen Asprey, a longtime member of William and Prince Harry’s personal staff who now accompanies Kate to most engagements; and Prince William, 28, who makes sure to keep careful watch over his new wife.  “It’s very much the ‘home team’ advising,” says a palace source.

Next on the agenda for William and Kate,  a Santa Barbara polo match, a Hollywood red carpet dinner and a visit to schools and other charities when they visit California next month.  Then the couple are heading for Canada.