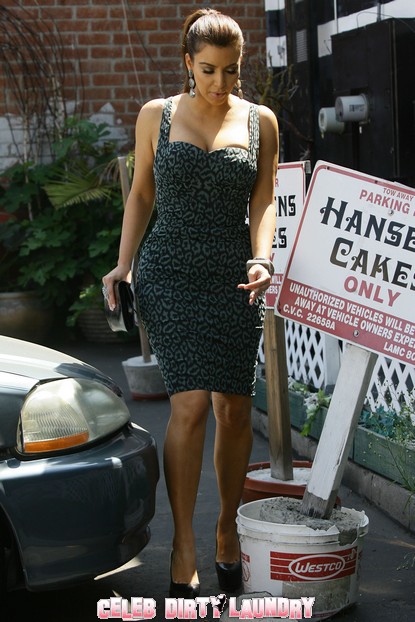 Reality star Kim Kardashian says that she doesn’t care that her fiancee, Kris Humphries, thinks his mother is more beautiful than she is.

TMZ recently dispatched videographers to follow the happy couple and asked Kris if Kim’s the most beautiful woman on the planet. He answered, “No”, saying that his mother holds that title. Ha.

We’ve learned that Kim actually thinks it’s sweet and isn’t miffed at all over the snub. While leaving a Beverly Hills salon yesterday, she said that it was “definitely cool for him to say…I thought it was sweet.”

I imagine he’s going to suffer for that comment in an upcoming episode of her reality show. It’s not like they let anything juicy like that just whiz on by. They have to nab every emotion on the spectrum to make money, even crap like this.

Besides, Kim isn’t nearly the most beautiful woman on the planet and she’s a total narcissist if she even thinks that for a moment. She’s just a sex tape star who has a really good PR person and momager.