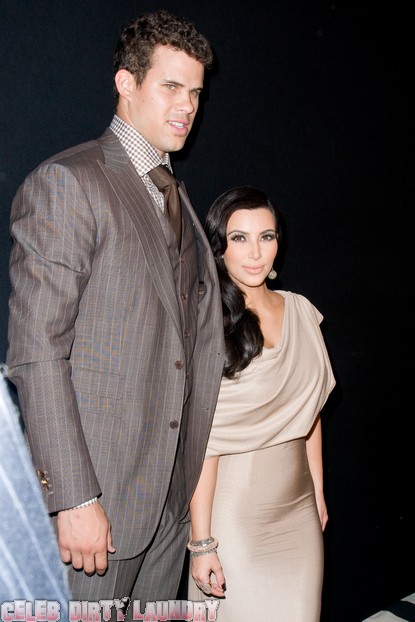 Kim Kardashian and Kris Humphries got married in front of hundreds of guests in Montecito, California on August 20, 2011, but rumor has it that things aren’t going as well as they planned for the newlywed couple.

Reportedly, public appearances are starting to interfere with their personal lives and happiness. They are constantly surrounded by the paparazzi, which is something that Kim obviously loves.

Kim’s pal, Jonathan Cheban, said, “It’s overwhelming. The first week, there were 200 people outside their hotel waiting for them every day. There are people camping out at two in the morning – not photographers, fans! It’s a lot for a guy from Minnesota.”

Another snitch close to Kim revealed that his dry and sarcastic sense of humor might not always be welcomed. That’s probably because Kim thinks she’s all classy and stuff now. In reality, she’s still someone who got famous by showing her hoohah on a videotape and got peed on, nothing more. But, I digress.

The pal added, “Kim’s trying to make Kris see that he isn’t always right and that he can’t just say everything that pops into his head. Not everyone gets his humor.”

I’m still a firm believer in my theory that their entire relationship was orchestrated by the Kardashians in order to milk E! for all of the money they could generate from the show. They could also use pregnancy, adoption, split and cheating rumors, along with their eventual “divorce” to generate magazine sales and drama, thus furthering their own celebrity statuses.