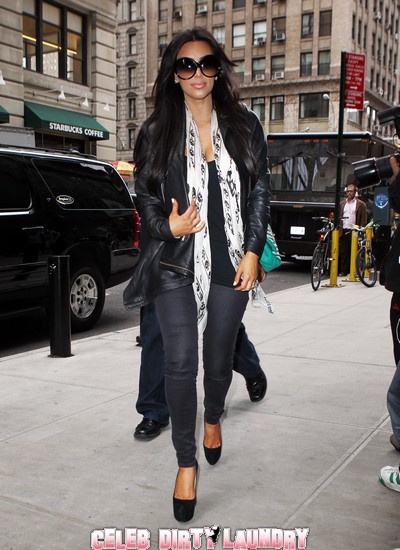 It’s too funny that Kim Kardashian finally lands a role in a legit movie and the movie’s title is ‘The Marriage Counselor.‘ With all the scuttlebutt we read these days about her contentious relationship with husband Kris Humphries there is no doubt the couple will soon be seeing the marriage counsellor… .

Any, Kim was given an extra reason to celebrate at her 31st birthday party on Friday when she landed the role in Tyler Perry’s latest film. Did Kim pay to be in it?

The socialite turned 31 on Friday and celebrated with her friends and family in New York at Manhattan hotspot The Derby, where she was treated to a surprise performance by pop star Pink, who sang The Fugees ‘Killing Me Softly,’ according to EOnline.com.

Kardashian has previously acted in films including ‘Deep in the Valley’ and ‘Disaster Movie,’ but will reportedly play a more substantial role in ‘The Marriage Counselor.’

Its time Hollywood started auctioning off roles in feature films or TV shows – let the rich get their faces on the screen for the right price. I mean they do it already with products for which they receive lucrative advertising fees – you’ve of course noticed the prominent placement of certain products when you watch TV or go to the movies.