Kim Kardashian Says She Is the Biggest Tranny 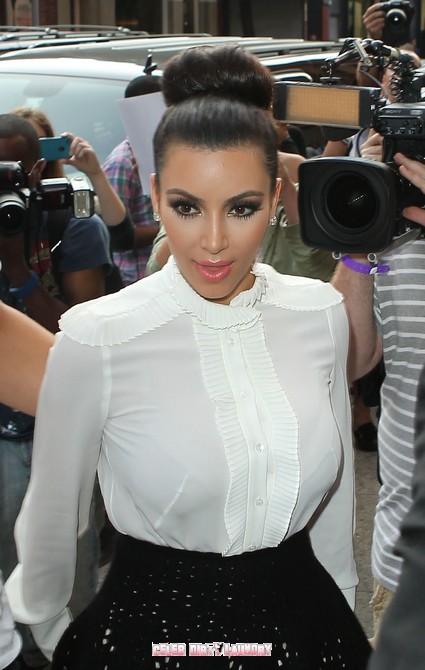 Kim Karadashian was recently speaking about her sisters and all the makeup they wear.  Kim admitted that for the KarTRASHian sisters there is no such thing as too much makeup.  They do not believe the adage ‘Sometimes less is more’.  Apparently when Kim was 14 years old her father Robert Kardashian hired a makeup artist to make sure that his daughters look presentable.  Crap imagine your Dad thinking you look so bad he has to give you a boost.  Kim said: “And we’ve turned out to be the biggest trannies because of it.”

Kim says that over the years people have told them to tone it down a bit but The KarTRASHians like the attention they get for there over the top look.   According to the sisters they read comments on blogs and like what they hear.  hmmm seems like they haven’t been reading Celeb Dirty Laundry.  Khloe goes on to say that although they wear a ton of makeup they don’t need it.   Ya right what she meant was is that they need it more.  Actually what they need makeup alone cannot supply.

Khloe also goes on to say Kim’s face is exactly the same with or without makeup.  If you believe that I have a Brooklyn Bridge I wanna sell you!