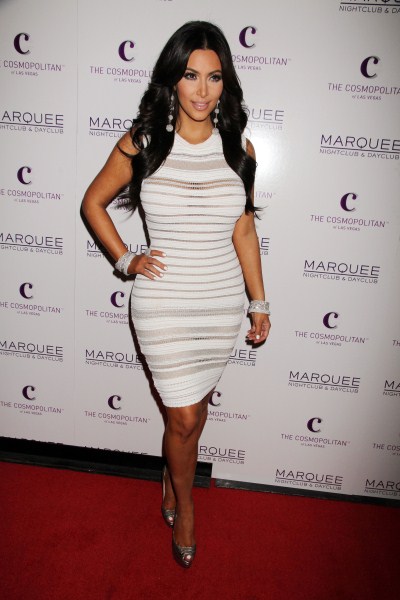 Kim Kardashian is acting like the spoiled little brat she is and has unfollowed, her husband, Kris Humphries on Twitter. Kim decided that she should act like a teenager and burn Kris by dropping him from her social network now that she has left his bed – or more accurately thrown him out of her’s. I guess Kim figures she will be able to read all about everything Kris does or says all over the Internet anyway.

Kim who announced she was splitting from her husband of 72 days on Monday after she filed divorce papers with the court removed Kris from the list of 152 people she follows on the social networking site, on which she has nearly 11 million followers.

Kris – who only has 659,000 followers on the site – continues to follow Kim, in addition to her sisters Khloe and Kourtney, and her mother Kris Jenner.

Since announcing their split earlier this week, Kris has remained largely silent on the issue, only releasing one statement saying he is “devastated.”

Kim said: “first and foremost, I married for love. I can’t believe I even have to defend this. I would not have spent so much time on something just for a TV show!”

She went on to add more bullshit with: “I share so much of my life on a reality show, that contemplating whether to even film my wedding was a tough decision to make, and maybe it turned out to not be the smartest decision. But it’s who I am!”