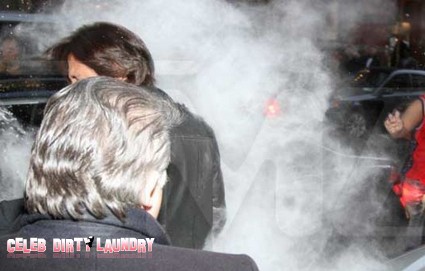 Jonathan Cheban has been attacked by a flour wielding lunatic fan of Kris Humphries! Jonathan was famously called ‘gay’ by Kris on Kim Kardashain’s reality show ‘Kourtney & Kim Take New York,’ and subsequently threatened to sue the soon to be divorced NBA star.  The ‘Spin Crowd’ star figured that being called gay on TV could be grounds to go for the big bucks – $5 million – and has sought legal advice about launching a libel or defamation action against Kris. There is no way any court is going to award Kim’s best friend Cheban money for what Kris said – but hey, he just might be able to sue the nut who tossed the flour.

TMZ broke the story:  So much for all that extra security — Kim Kardashian’s buddy and “Spin Crowd” star Jonathan Cheban was attacked by a rogue Kris Humphries supporter in NYC yesterday … taking a flour bomb to the face.  Cheban had been receiving threats ever since he announced plans to sue Kris Humphries — claiming the NBA star called him “gay” on TV.

Cheban beefed up his security to ward off any potential threats during an event yesterday at Kim’s NYC store — but clearly, it wasn’t effective.

Sources tell us, there was no mistaking the attacker’s motivation — before launching his powder assault, the flour phantom yelled, “This is for Kris Humphries!” Police were unable to locate the culprit.