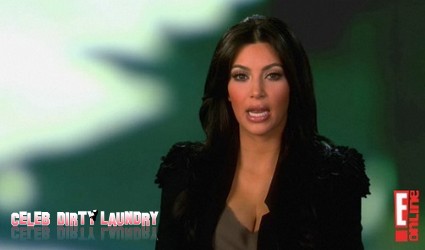 This week is a whole new episode of Kourtney & Kardashian Take New York.  On last week’s premiere episode we got to see behind the scenes of Kim Kardashian and Kris Humphries relationship.  The episode start with Kris and Kim just returning from their “amazing” honeymoon.  Kris soon learns what it is going to be like living with Kim, Kourtney, Mason and Scott and he is not pleased.  If you missed last week episode you can read our official recap here!

Official synopsis:  This week, Khloé visits and helps her sisters with their man problems. She sends Kim to Minnesota to get Kris to return to NY and acts as a mediator while Kourtney and Scott hash out their issues. Catch a sneak peek of the episode to see what happens when Khloé busts into Kim’s bedroom in the early hours of the morning.

The preview start with Khloe going to wake up Kim and she has a nuclear melt down.  Kim says she needs her sleep, she works so hard.  Kim says Khloe has no respect for her and she did not even support her at her wedding.  Kim goes on to say that Khloe does not like Kris.   Then we have Khloe who is upset and calls Kim a bitch but she says she does not think Kim is really mad at her it is something else.    Kourtney replies “I think she is just pissed because she is married to a barking dog.”  Ughh not only is Kim repulsive but so are her sisters.  No wonder I call them the KarTRASHians!

Funniest line of the preview goes to Kris.  Kim heads to Minnesota to visit him and she quiz’s him on if he has missed her.  He tells her he missed her but not the sisters, the kids, he weirdos and the naked yoga instructor.  Then Kim and Kris are on the bed and he is hugging her and he tells her that her armpits smells like  fish and garbage.  LOL, the more I hear and read about Kris the more I love him!

Check out the preview video below and let us know what you think?  Sound out in the comments below.  Come back to his spot Sunday at 10PM when we will be live blogging the episode!