Kris Humphries Knows Kim Kardashian Is A Ho But He Doesn’t Care! 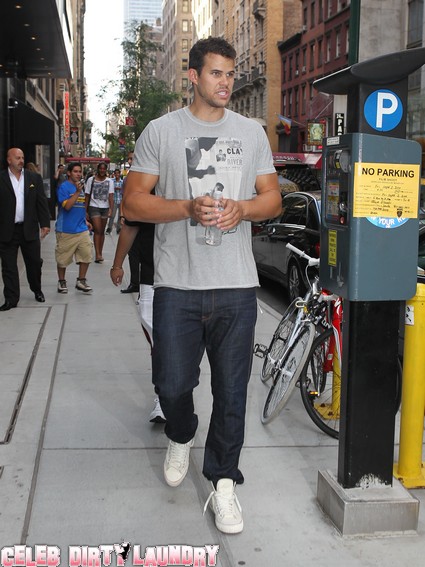 Kris Humphries who married Kim Kardashian and is now part of the KarTRASHian family says he does not care that his wife has slept with every man in La La land!   As a matter of face Kris knows about his wife’s sex tape with Ray J and he could care less.  No surprise there, he really does not seem to have much in the brain department.  Don’t you see the Beverly Hillbillies, Jethro Bodine’s resemblance?

TMZ has more:  “In fact, we’re told Kris truly had “no idea” who Ray J was when Kim’s sex tape partner sat next to the NBA star on a recent flight from L.A. to New Orleans.  But after a few hours on the plane, Ray J finally approached Kris and said, “Come on, You know who I am … I just want to say congratulations.” Kris reportedly replied, “Oh yeah, yeah I know who you are.”

Related: Which Kardashian Will Win The Baby Race: Kim & Khloe Both Desperate

No surprise at all, after all Kim married him for three reason:  he is enormous and that helps her to appear smaller; he is rich and famous; he is largly brainless and week-willed so she can control him and woops there is a forth reason his name starts with K.

I wonder why he married her?  Love ……. doubt it, he probably enjoys all the attention…..  What do you think true love?  Or…