Lady Gaga Ripped Off Her Own Japanese Earthquake Charity? – Now She’s Being Sued 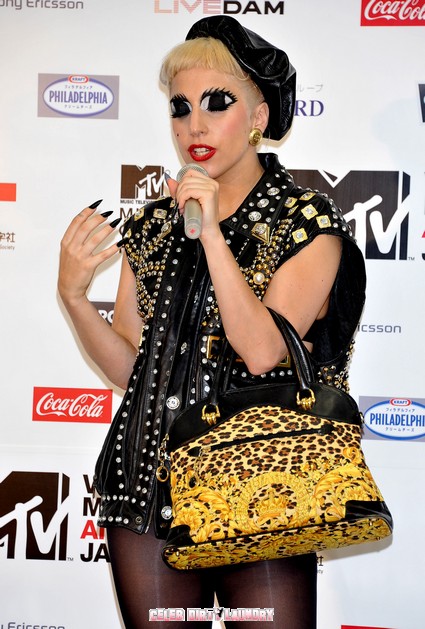 Just when you thought Lady Gaga was surrounded by more than enough controversy it appears that the star is being sued for racketeering and corruption over allegations she scammed money from the sale of wristbands, which should have gone to the victims of Japan’s earthquake.

“I’m suing Lady Gaga simply to hold her accountable for giving the money that she was raising for charity to the cause that she was trying to raise it for,” said Ari Kresch, an attorney with 1-800-LAW-FIRM, which is based in Southfield, Michigan. That cause being Japan’s disastrous earthquake and tsunami on March 11 that caused an estimated $200-billion worth of damage.

The $5 million lawsuit will be tried in a Michigan federal courtroom. Attorney Alyson Oliver says about Gaga’s supposed misdeeds – “But when you use your celebrity and your power as a musician to take money from people under false pretenses, that’s just wrong.”

Here’s the alleged scheme: Lady Gaga charges $5 for a “We Pray for Japan” wristband, another $3.99 for shipping and handling and $0.60 for tax. The lawsuit alleges that Gaga got greedy by inflating the shipping cost and pocketing the extra and refusing to disclose how much of the $5 actually goes to the Japanese victims.

“When we tried to communicate with the defendants in this lawsuit, all we got was, well, some of the money is being retained, but we don’t really know how much, is the essence of the response that we got,” Oliver said. “Maybe nothing’s going to Japan?” FOX 2’s Charlie Langton asked her. “Maybe not. We’ll find out,” she replied. Since Lady Gaga has sold these wristbands across the country, it is alleged that she has now violated consumer protection laws in every single state.

Sales of the wristbands reportedly have been brisk, but what effect, if any, this lawsuit will have, we’ll just have to wait. “If the money were going to the right place rather than into the defendant’s pocket, then I hope that our effort helps that,” said Oliver. FOX 2 has contacted the William Morris Agency, which represents Lady Gaga. They had no immediate comment.

When a star promotes a charity it is their responsibility to make certain that funds are honestly and appropriately allocated – people back such charities largely because of the star support and they deserve to have their donations benefit the promised cause.