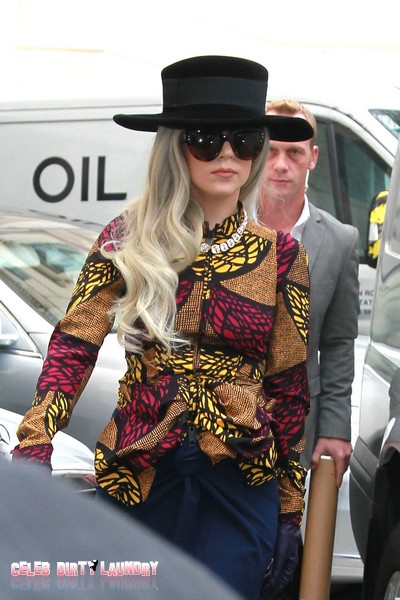 Lady Gaga has made a secret visit to Amy Winehouse‘s former home in order to pay her respects to ‘her musical hero.’  Gaga went to the house where Amy was found dead in July at the age of 27 in Camden, north London to “pay respects to a musical hero” and hard believe thought it is, went unnoticed by fans who always seem to be there.

A source told The Sun newspaper: “She went in disguise and kept things low key.”

Gaga has previously spoken about her devastation at Amy’s death, revealing she couldn’t speak for two days after hearing the tragic news.

In the wake of her passing she said: “I’m so devastated and so sad. I really couldn’t speak for, like, 48 hours straight. I was in such shock. I don’t think Amy needed to learn any lessons. I think the lesson was for the world to be kinder to the superstar. Everybody was so hard on her, and everything that I knew about her was that she was the most lovely and kind woman.”

Lady Gaga previously revealed she was often mistaken for Amy when she had dark hair – was linked with a role in a proposed biopic about the troubled star.

A source said: “Lady Gaga worshiped Amy and would love nothing more than to transform herself into her idol on the big screen. She’d be spot on performing Amy’s songs and has got the right look and attitude.”

“Gaga’s been itching to make the transition from music into movies and sees this as the ideal role to launch her film career.”

No doubt that Lady Gaga playing Amy Winehouse could go over well. What do you think? Let us know in the comments below.