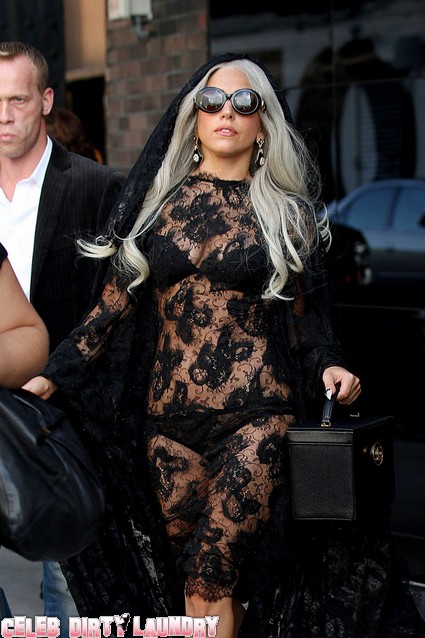 Related: Lady Gaga On The Set of A Photo Shoot Wearing An Outlandish Costume

As the nation marks 10 years since the attacks of 9/11 Lady Gaga was speaking at MTV where she was taping a special which commemorates the 10th anniversary of the 9/11 terrorist attacks.  She said:

“I watched the towers fall from the roof of my school, holding all my best friends. I don’t know … just, my affinity and my love and the relationship I have with New York City – it’s like the husband I never married.  I wrote so many songs on this new album about New York City. I mean, every song on all my albums has some relationship to New York City, but one in particular ‘Marry The Night,’ that record is about my husband, New York.”