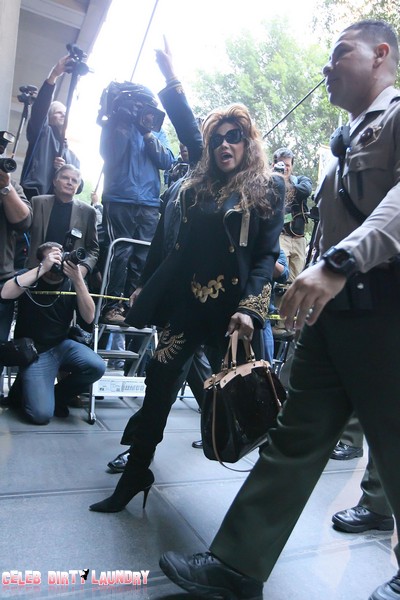 La Toya Jackson said her brother Michael Jackson was “in that courtroom” to hear Dr. Conrad Murray found guilty of involuntary manslaughter.  La Toya Jackson, said she felt his presence at the Los Angeles County courthouse earlier today (07.11.11) as his former personal physician was convicted of his death from acute Propofol intoxication in June 2009.

As she left the court, she told news network CNN: “He was in that courtroom and that’s why victory was served.”

Another of Michael’s sisters, Rebbie, added: “I’m just happy it’s over with. “Nothing will bring him back, but I’m just happy [Dr. Murray] was found guilty.”

All of the ‘Thriller‘ singer’s family were at the court to hear the verdict, apart from his sister, Janet, who is currently in Australia on tour and his three children, Paris, 13, Michael, 14, and Blanket, nine.

Michael’s parents, Joe and Katherine – who is legal guardian of his children – said they felt they have finally got justice for their son.

Katherine, 81, said in a statement to TMZ.com: “We have been waiting for this moment for a very long time, and we couldn’t hold back tears of joy in the courtroom.  Even though nothing can bring back our son, justice has finally been served!”

Dr. Murray was remanded in custody after the verdict and faces up to four years in prison when sentenced on November 29.