Lenny Kravitz Forgave His Dad For Being a Serial Cheater 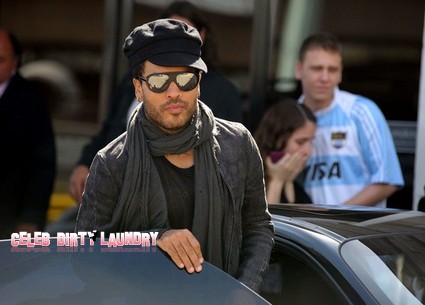 Lenny Kravitz always had a strained relationship with his dad, Sy Kravitz, because his father cheating constantly on his poor mom, Roxie Roker, lading to his parents’ divorce in 1985. But Lenny says that he is grateful he was able to make peace with his father before he died.

When Sy fell ill in September 2005, Lenny went to the hospital to support him and the pair were able to make up.

In an appearance on CNN show ‘Piers Morgan Tonight’, the rocker revealed: “He had his demons and I think his father was the same, and I think he tried to escape that because on his deathbed all of this came out. It was difficult, but my mother always taught me that that’s your father, regardless of what he did … you have to honour him, you have to love him, you have to respect him.”

“I took care of him, I saw him, I loved him, but there was always a plate of glass between us. It was difficult. I think he had a spiritual awakening on his deathbed … he admitted he made mistakes, he wished it wasn’t the way it was, he wished he could change it, but didn’t know how.”

“He just admitted it and it was beautiful. From that moment on – he lived another month – it was the best month of our lives and it made up for everything.”

TV producer Sy died on October 29, 2005, and the night after Lenny paid tribute to his dad on stage dedicating the song ‘Let Love Rule’ to him.

The 47-year-old musician says that in the wake of his parents’ divorce he took the side of his mother because he could see how hurt she was by his dad’s cheating. Roxie passed away at the age of 66 in 1995 from breast cancer.

He explained: “The split had a very deep effect on me. I was a momma’s boy. We were best friends, we were really close. My father had his infidelities and they came out and they were quite deep and I think she didn’t know how to rebound.”

“To be truthful, I think she knew the man, she knew who he was. Apparently when I was a child my mother would have to go retrieve him from other women’s apartments with me in her arms ringing the bell.”