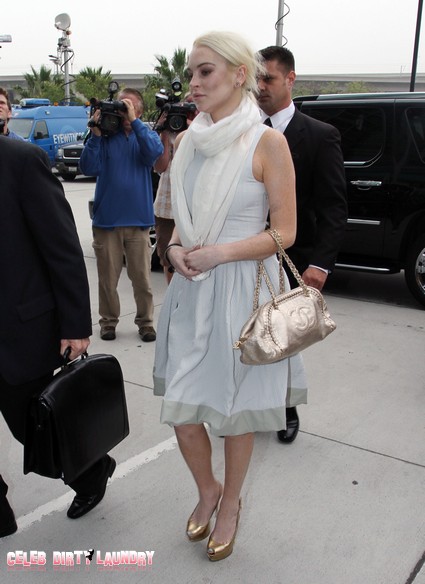 Lindsay Lohan has slammed what she sees as a ‘male-dominated world’ and implies this is partially to blame for her problems. I suppose the male-dominated society is also to blame for her huge million dollar payday for posing naked in Playboy? Lindsay seems to have no qualms profiting from the ‘dominant males.’

Lindsay says she also wants to learn from her “mistakes.”  The question naturally pops up: what does Lindsay a mistake to be? Stealing jewellery? Leaving $10,000 in the car? Driving drunk?

Lindsay has been in and out of jail throughout the year after breaking her probation in relation to a 2007 DUI conviction – blames her past actions on “stubbornness”, but admitted she holds herself “accountable” for what she has done.

Speaking in an interview with Playboy magazine, for which she posed naked in a Marilyn Monroe-inspired shoot, Lindsay added: “Sex and sexuality are a part of nature, and I go along with nature. Knowing yourself and your body is so important because it gives you confidence, and in life, women need confidence.”

“It’s a very male-dominated world to begin with, so knowing yourself and being comfortable with your body is an important thing for me as a woman.”

She said: “Ultimately we are each responsible for ourselves and for our actions. Looking back, I probably would have listened to and taken more advice from the people whom I admire and would have followed through with it more.”

“My stubbornness at 18 and 19 years old got in the way. During the past five years, I’ve learned that time flies faster than you think, and because you only live once you have to learn from your mistakes, live your dreams and be accountable.”

What do they say, talk is cheap?