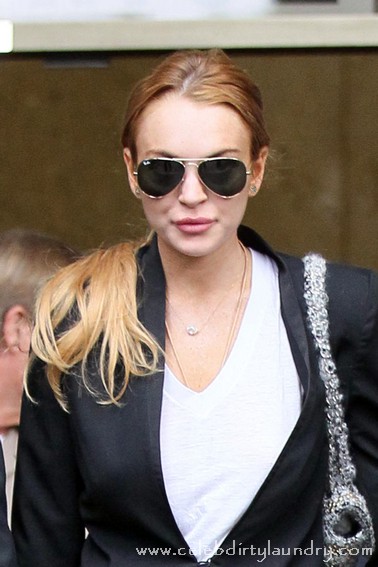 It seems Lindsay Lohan is none to happy with Kamofie & Company jewelry store for selling the surveillance tape of her in the store.  As a matter of face Lindsay is going to sue the pants off them because she feels they are profiting from her and she never gave them permission for that.  In one week the store made over $35,000 selling the video to Entertainment Tonight.    So the store has not exactly lost anything.  The question is when you walk into a store and there are surveillance tapes does the store have the right to sell the tapes without your permission?   If you walk into the store I think you have the expectation that the tapes are being used to protect the store from theft not to be sold.  What do you think?

And that’s only the beginning of Kamofie’s payday … after the one week exclusivity period, the store will make even more money when the tape is sold non-exclusively to other media outlets.   We’re told Lohan met with her lawyers today … no word on when she plans to file the lawsuit

The store is claiming in a statement they released today that they had no choice but to release the tape because of all the requests they had for it.    So what this really means is they were holding out for the highest bidder.  The store is looking shadier by the second.  I am not a huge fan of Ms. Lohan but the claims by this store just don’t smell right!  Just saying….