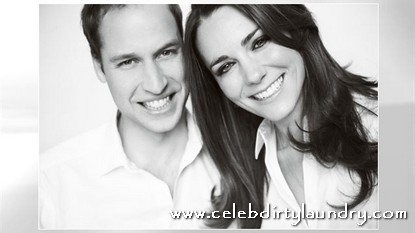 Buckingham Palace released the official wedding program, which includes a new black and white photograph of the couple taken by engagement photographer and invited wedding guest Mario Testino. (see above)

When Prince William and Kate Middleton walk down the aisle of Westminister Abbey tomorrow April 29th, 2011, they will wed in a building steeped in history.  Brimming with royal history, Westminister Abbey is an architectural masterpiece and houses some of the greatest treasures of England.  Kate Middleton, best man Prince Harry and the bridesmaids gathered at Westminster Abbey this morning for one last rehearsal before Friday’s royal wedding at which her brother, James, will deliver the only reading.

To see an ABC News’ special report from the wedding of Charles and Diana from 1981. GO HERE

We will of course be posting any pictures that we get our hands on.  So make sure and visit us during the day!