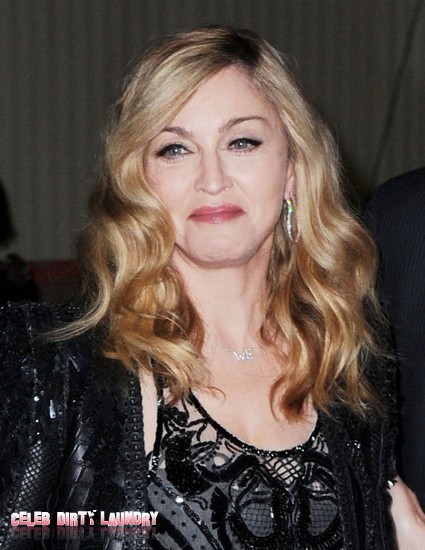 It’s time for football fans to get into the groove. The NFL has confirmed Madonna will be the halftime entertainment at next year’s Superbowl. She’ll perform a Cirque Du Soleil inspired show at halftime on February 5 in Indianapolis. In other words – expect lots of acrobatics and aerial work – maybe a nip slip or two?

Madonna decided she had to perform at the Super Bowl – there was no way she was letting Lady Gaga beat her out A source said: “When Madonna heard Gaga was in the frame, she knew she had to step up her efforts. She is going to deliver the kind of show never seen before in NFL history.”

It’s another good get for the League but equally so for Madonna. They’ve boasted some of the biggest names in showbiz in recent years including Paul McCartney, U2, The Rolling Stones and Black Eyed Peas. Who could forget Janet Jackson and Justin Timberlake? Let’s hope Madonna steers clear of another ‘nipplegate,’ or not… .

More than 162 million people in the US alone watched last year’s halftime show and that’s the kind of exposure Maddy needs. The mum of four has the movie W.E. to flog Stateside. As luck would have it, the flick opens nationwide two days before the big gig! She also has a new album on the way which is expected to kick start another world tour.

Is Madonna too old to rock and roll? We’ll see soon enough.